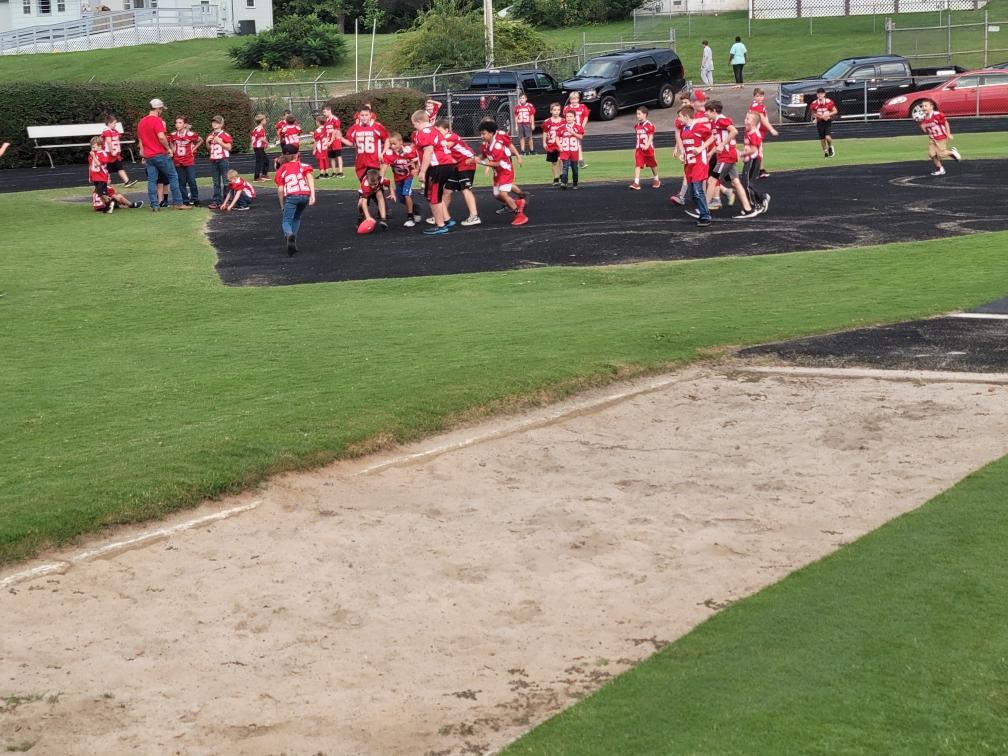 On a beautiful night in Franklin, NC, clear skies and 73 degrees at kickoff greeted the home fans that came out to support the home team in full force.   Tonight’s contest consists of the Franklin Panthers and the East Henderson Eagles. The Franklin Panthers come in with an undefeated record of 3-0 and the Eagles with a record of 1-1.  Franklin won the coin toss and deferred to the 2nd half.  Franklin kicked the ball and East Henderson received at their own 23-yard line.  On a great defensive stand from Franklin, East Henderson had to punt to the Panthers who took possession at their own 40-yard line.

On the next possession Franklin got great field position on their own 45-yard line where they set up a 1st and 10.  At 2:42 of the first quarter, Franklin drove the ball in 6 plays and Brayden Watts ran in from 2-yards for the 2nd touchdown for the Panthers.  End of the 1st Quarter, Panthers 14 – East Henderson 0.

At the start of the 2nd Quarter, Franklin played outstanding defense causing turnovers and stopping any offensive threat that East Henderson had in their playbook.  Franklin forced another interception by Grant Adams giving the ball back to the Panthers at East Henderson’s 37-yard line.  After a 4-play drive, Quarterback Chris McGuire throws a 13-yard strike to Davis Anders for Franklin’s 3rd Touchdown of the half.

Franklin kicked the ball back to East Henderson, Henderson’s offense continued to struggle resulting in a very short punt, giving Franklin the ball on their own 38-yard line. With 4:11 left in the 2nd quarter – Ty Handley takes it into the end zone on a power rush resulting in the 4th touchdown in the first half for Franklin. Extra point was wide left. Franklin 27 – East Henderson 0.

Franklin received the kickoff to start the 2nd Half and after a good return, Franklin starts at the 45-yard.  Two plays later, Chris McGuire hooks up with Keagen Pollock for a 57-yard touchdown pass.  Extra point was good, Franklin leads 34-0.

After a 3 and out by East Henderson, Franklin receives the punt at the 50-yard line.  On the second play of that possession, Brayden Watts rushes up the middle and waltzes in for another Panthers TD.  Extra point was good by Munoz.  Franklin leads 41-0. The score remained the same as the clock winds down to end the 3rd quarter.

My player of the game goes to #14 Brayden Watts who not only scored on 2 possessions but played outstanding defense and setting some key blocks protecting Chris McGuire.  The choice for Player of the Week was very difficult as several Franklin Panthers deserved the award.  Once again Coach Brooks and his coaching staff put together another stellar game plan and had the Panthers ready to pitch this shut out.  With the win, the Franklin Panthers stay undefeated at 4-0, and the East Henderson Eagles go to 1-2.