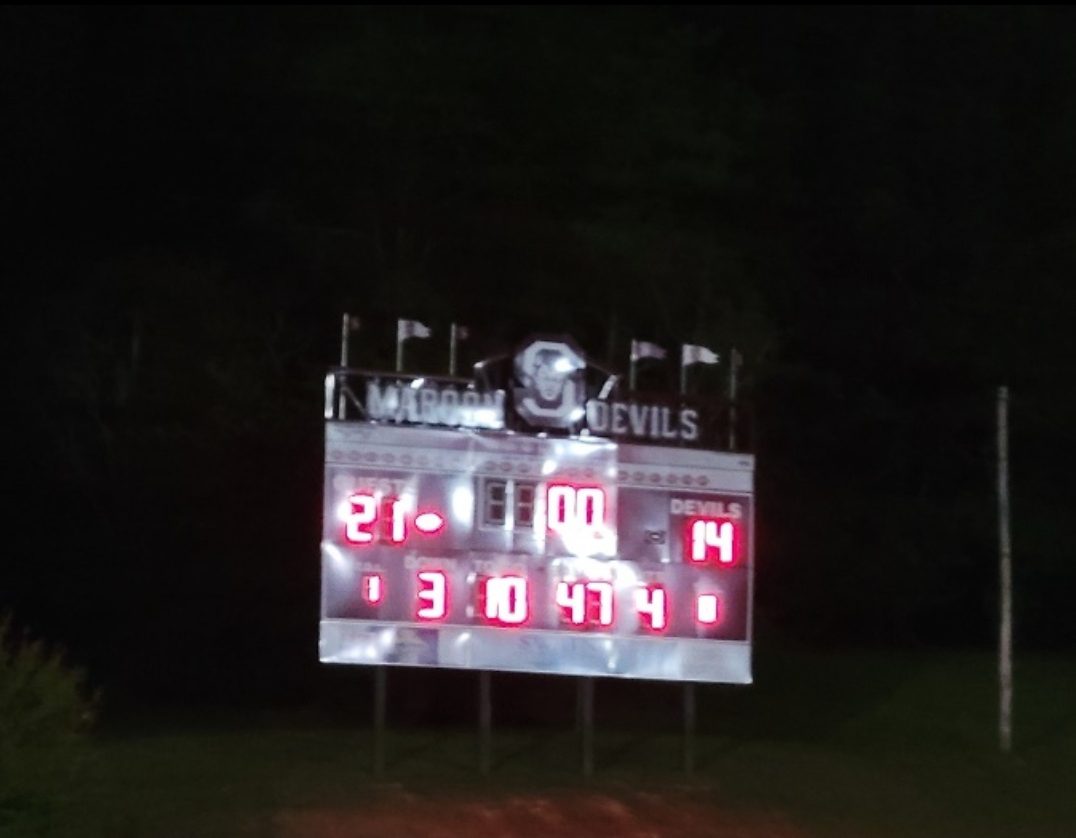 A beautiful 70-degree evening with clear skies greeted the fans for the Franklin-Swain County football game.  The evening started with a touching tribute by Swain County to the 13 soldiers who lost their lives recently in Afghanistan, followed by a moment of silence in remembrance of the 9-11 tragedy in 2001.

The Franklin Panthers received the first half kick-off and with great execution of run/pass plays they marched 64 yards into the Swain County end zone for 6 points.  Extra point was successful.  Giving the Panthers a 7-point lead in the first quarter. Franklin kicked the ball to Swain County and after a very short 3 and out showing some excellent team defense, requiring Swain County to punt the ball back to the waiting Franklin Panthers.  Franklin drove the ball again with excellent pass and runs culminated by an 8-yard touchdown pass from McGuire to D. Anders to take a 14-0 lead near the end of the first quarter.

Swain County was unable to move the ball consistently on the next possession due to the excellent defensive coverage of the Panthers and were forced to punt.  The score remained the same thru the middle of the 2nd quarter until Ty Handley broke free from several tackles for a 54-yard run and into the barn house for their 3rd TD of the evening.  Ty Handley was a ‘brute’ throughout the whole game, picking up short runs when needed and throwing blocks where needed.

Ty Handley is my player of the game. Franklin Panther’s Quarterback Chris McGuire showed a lot of athleticism with some key runs and some accurate passing to all wide receivers keeping the Swain County defense off guard. 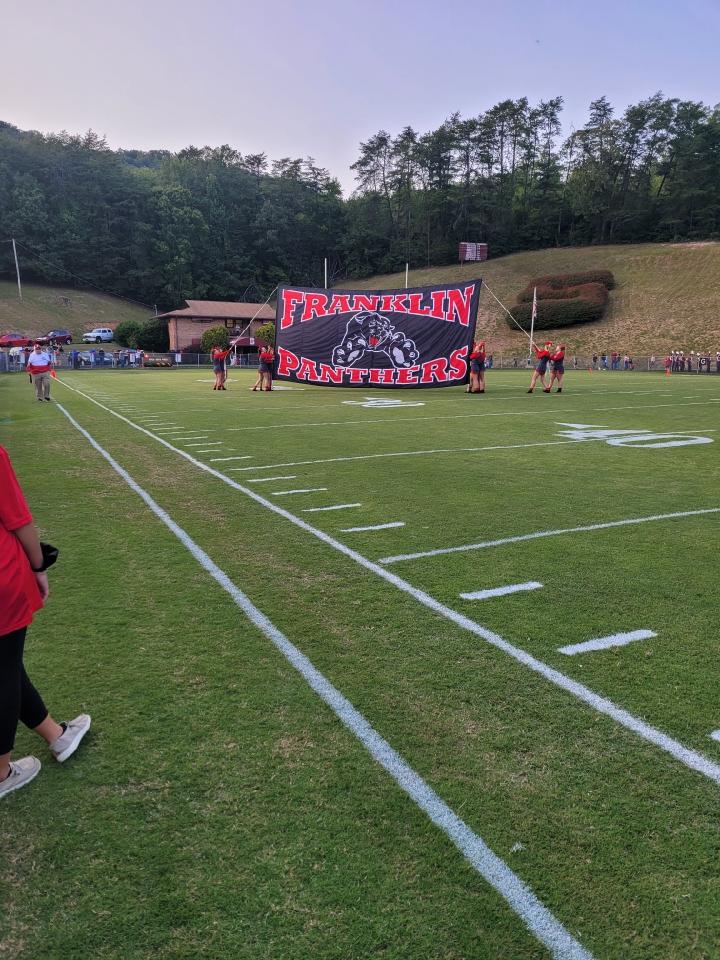 Some stellar defense from the Panthers showed dominance in the first half, which resulted in a 21-0 halftime lead by the Panthers.

In the 2nd half Swain County received the kick-off and appeared to have all the momentum on their side as half-time adjustments seem to confuse the Franklin defense.  As a result, Swain County was able to drive the ball 70 yards and complete a TD pass to put up their first points making the score 21-7.

The Franklin Panthers defense were able to make some crucial 4th down stops.  However, the Panther offense was unable to generate any type of a sustained drive with several penalties and even an Unsportsmanlike Conduct penalty.

During a forced punt by Franklin at the 7 minute mark of the 4th quarter, Swain County went on a drive converting a 4th and 7 from the 8 yard line to a corner route which resulted in a touchdown.  Extra point was good Franklin 21 – Swain Co. 14.

At 3:23 remaining in the 4th quarter Franklin received the ball and once again had to punt after an unsuccessful series leaving 1:58 left on the clock.  Once again, the Franklin Panther defense stood up to the challenge and stopped a 4th down and 2, which gave the ball back to the Panthers, leaving Swain County only 1 time out.  3 straight running plays from Franklin forced the final punt of the game back to the Maroon Devils.  On the 2nd play of the ending drive the Franklin Panthers Grant Adams intercepted the ball and Franklin was victorious!