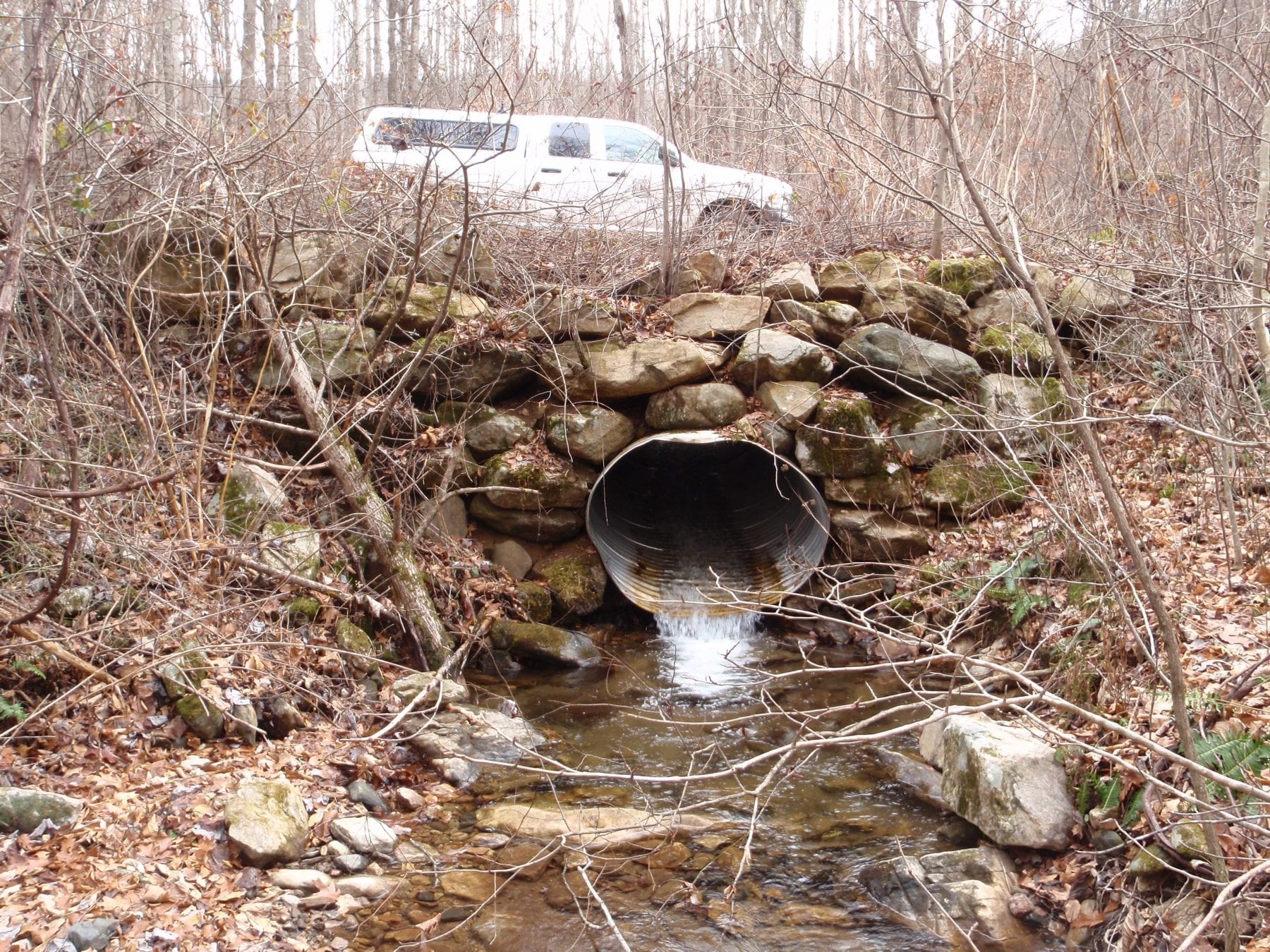 When the draft decision was released in August, 2019, three objections were received. An objections resolution meeting was held in November, 2019. The final decision incorporates changes resulting from the meeting including: identifying logging methods, committing to decommissioning all temporary roads at the completion of the project, and implementing practices to minimize the spread of invasive species. Additional detail on the impacts to wilderness characteristics in the Boteler and Chunky Gal areas is included. Implementation within three units that may be in an area recommended for wilderness in the revised forest plan will wait until the forest plan decision is signed to determine how to proceed.

“The ultimate goal of the Buck Project and all our work on the district is a healthy, diverse forest that sustains wildlife. It takes continued commitment from state agencies, conservation and environmental organizations, and the public to get there,” said Tusquitee District Ranger Andy Gaston. “As we finalize the decision on this project, we’re already engaging the public and partners on ideas for future work.”

Jonathan McCall, Southern Mountains Wildlife Forester for the North Carolina Wildlife Resources Commission, was a collaborative partner on the Buck Project. “I am happy to see it moving forward. This area is in dire need of sustainable management work and the Buck Project will help create critical habitat for many of our declining wildlife species,” said McCall. “New young forests are vital to many species ranging from the humble honey bee to golden wing warblers and even some game species such as ruffed grouse and turkey. We are committed to helping sustain as many of these species as possible by continued creation of new young forests while moving toward a more natural distribution of all forest age classes. I’d like to thank all of the partners who have helped move this project forward!”

Nearly 70 percent of national forest in the project area is over 81 years old. Across the Nantahala and Pisgah National Forests, the trend towards older trees is increasing such that in 50 years nearly half of the forest will be comprised of trees older than 130 years. Only 0.5 percent of the project area is young forest, defined as trees up to 10 years old.

The Buck Project will leave 96 percent of the 20,638-acre area untouched and will not use clear cutting. Instead it uses a silviculture treatment called “shelterwood with reserves” that leaves some large trees behind. In 30 separate stands over an area of 795 acres, most large trees will be cut to make room for young trees to grow. The average size of each harvest treatment is 26 acres.

Removing patches of older trees gives young trees access to sunlight and water allowing them to sprout and grow. In these openings fruit, nutritious leaves, and flowers attract pollinators and other insects and support small mammals that are prey for larger animals. Openings can be created by natural processes such as storms or intense wildfires but without these natural disturbances, openings need to be created through active management.

Areas which have been identified for timber harvesting have been reviewed by a team of natural resource specialists. All work will meet Federal, State, and local environmental regulations and best management practices will be implemented to protect soil and water resources. 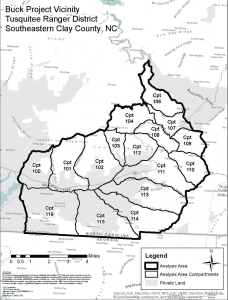 The environmental analysis for the Buck Project followed a deliberative, science-based approach with input from a wide spectrum of stakeholders. The project was introduced to the public in 2017 through the National Forests in North Carolina website, by mail, and at a public meeting at the Hinton Rural Life Center. A draft environmental assessment was released for a 30-day notice and comment period on April 10, 2019. A draft decision notice was released on August 14, 2019, initiating a 45 objection period.

Work in the project area could begin in late 2020 and will continue for 5 to 7 years.

More information, including the objections received, is available at https://go.usa.gov/xV3Ew.